Voting — time for a change? 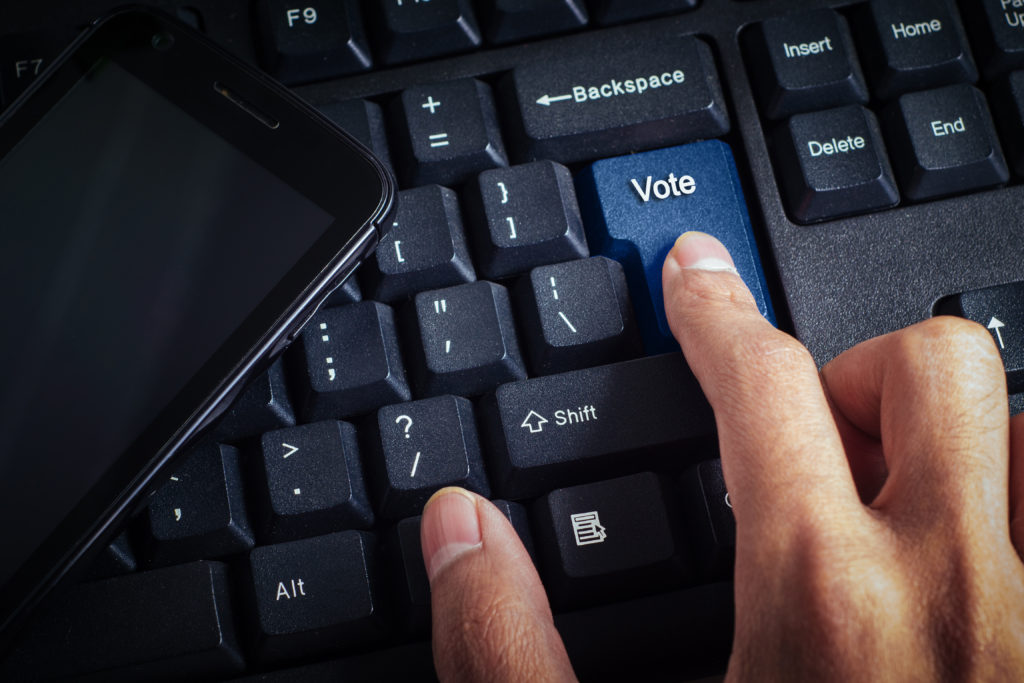 Voting — an ancient system
The earliest form of democracy is often attributed to the ancient Greeks, and in the 2500 years since then, how we vote hasn’t actually changed a great deal. Range voting was popular with the Spartans, in which each voter gives a candidate a score, the scores are added, and unsurprisingly the candidate with the highest score wins. Athenians preferred stone or pebble voting ballots, where voters would place a stone in an urn (or sometimes depicted as a small pile) corresponding to the candidate they sided with. Nowadays we typically visit a ballot station near our homes and deposit a piece of paper with an ‘X’ marked next to the name of our candidate of choice — virtually the same process. Twenty years ago, someone with a mobile phone was seen to be on the cutting edge of technology, now almost everyone owns a smartphone vastly more powerful than the technology that took us to the moon in 1969. Yet, in 2500 years our voting systems have mostly remained unchanged. Could it be a case of “if it isn’t broken, then don’t fix it”? Perhaps, although it would be quite easy to argue, many voting systems are a bit broken. A simple internet search will reveal a Wikipedia article that contains a list of controversial elections, many of which are from this century. The media are regularly reporting claims of voter fraud, or people trying to sway elections one way or another. In an age where we rely on digital solutions for most of our problems, how have we not yet turned to an electronic system?

e-Voting
Nothing I am saying here is particularly ground-breaking, but it is well worth considering. Every nation knows there are many difficulties associated with elections. As a result, governments around the world have been searching for ways to improve them. In many democracies, one of the biggest challenges is to improve voter turnout. While there are many reasons for poor voter turnout, there is evidence that electronic voting (e-voting, sometimes referred to as i-voting using computers or smartphones) can increase levels of participation. Estonia has led the way for i-voting, introducing the technology in all political elections as of 2005. For the country’s parliamentary election of 2007, only 5.5 per cent of Estonians voted online, with the turnout at 61.9 per cent. By the 2015 parliamentary election, 31.7 per cent of the electorate opted to vote online, and attendance increased to 64.2 per cent1. So why isn’t every country using a system like this? Well, despite all our technological advancements, it seems that digital voting isn’t so easy to make infallible. Dr Vanessa Teague of the University of Melbourne demonstrated that one of the most popular online voting systems had significant flaws. Not once, but twice2. Despite these weaknesses, the system has been used in state elections in Australia — including one of the largest deployments of online voting ever, the 2015 New South Wales (NSW) state election, with 280,000 votes cast online.

Elections are not something we should just gamble on. The stakes are incredibly high. If people don’t trust the election, the whole democratic process comes under scrutiny. Teague was quoted as saying “the purpose of an election is not just to select a winner, but to convince the loser, and their supporters, that they lost. Trust in the voting process is, therefore, an essential element to any voting system.”

Blockchain
I have previously written about how blockchain, and all its attributes, make it an excellent candidate for voting systems. The fact that blockchains serve as permanent, immutable records that are not centrally stored and therefore privy to hacking seem to be just what digital voting systems need. Unfortunately, life is never so simple. Several attempts have been made to create a blockchain-based voting system, but none have managed to take centre stage. Voatz has already been used in a live setting, most notably in 2018 when West Virginia government to collect ballots from its citizens that were either living overseas at the time or were stationed abroad for military purposes. Voatz appears to be the most prominent blockchain-based voting application, yet it is fundamentally flawed in several ways. The fragility of the voting app’s mainframe module and a lack of transparency were the two main criticisms3. Crucially, the software developer couldn’t prove that no votes were compromised. This is sufficient evidence that there is still some way to go before we have mass adoption of blockchain-based voting.

The Proof of Trust recognises the importance of data validation, particularly in the context of electoral systems. While e-voting (or i-voting) shows great promise, critical failings in the security and transparency of the voting process are proving to be difficult barriers to overcome. It might be that entirely removing the human element from the voting process is too much of an ask. It would be possible to have a team of expert, independent individuals that can verify the votes. Provided no evidence of tampering or security compromises have occurred then the elections can stand. This would take the benefits of a digital system, such as electronic counting and voting from the comfort of your own home, as well as alleviate the current challenges associated with security, anonymity and transparency. A review of the voting process could easily take place that would verify the legitimacy of the vote. Sophisticated technology coupled with input from known, insightful and accountable actors could be the key to bringing trust to blockchain voting.