What blockchain could mean for the travel industry 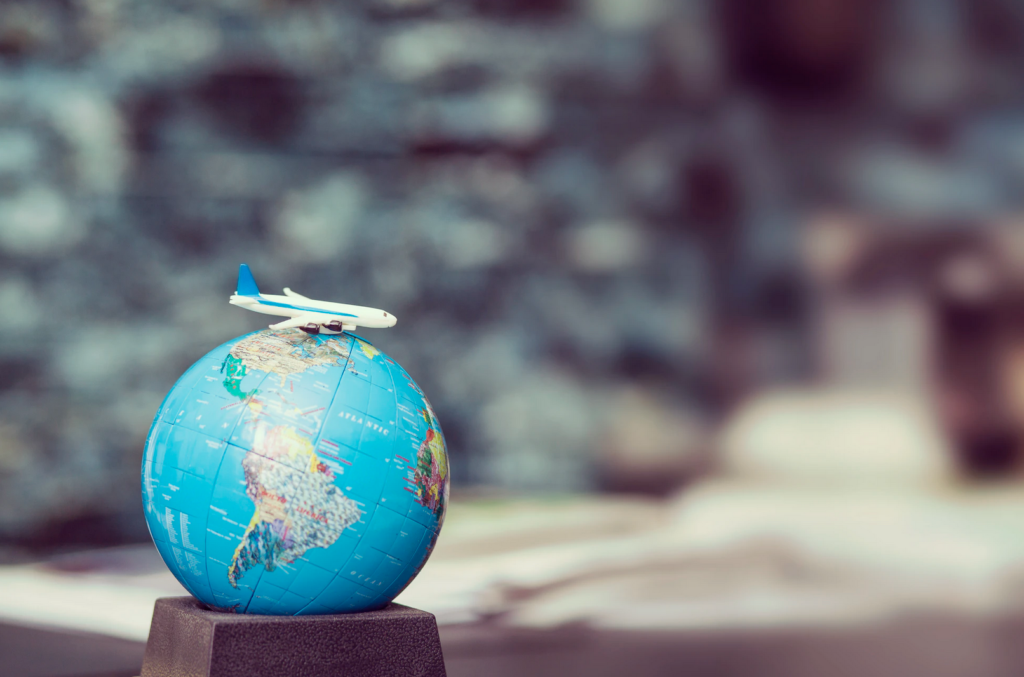 Unsurprisingly, the travel industry is just one of many sectors benefitting from blockchain adoption. In previous documents, I have discussed the use of smart contracts in parametric flight insurance that have been fully adopted by global insurance company AXA, as well as several other start-ups. While blockchain is undoubtedly ideal for parametric insurance, it is by no means the extent to which it is beneficial. Until recently, the travel industry accounted for approximately one-tenth of global GDP with a sum of 1.6 trillion USD and more than half a trillion come from flying passengers. The inescapable effects of coronavirus have had a substantial negative impact on the travel industry. Of course, each sector has in some way been affected by COVID-19, and everyone is now looking for intelligent ways to exit lockdown that will restart the economy while making customers and staff feel safe and secure. Technological advancement has often been an excellent way for companies to move out of difficult times, as technology usually improves efficiency and saves costs. The travel industry, in particular, is hugely interconnected. The requirement for distributed data storage, transparency, trust (or the lack of need for it) are just some of the benefits that blockchain technology will bring to the industry while reducing consumer costs.

The benefits of blockchain to the travel industry are wide and varied. Identification services at borders and tracking luggage are two examples where blockchain could play a key role. Arguably, the most significant disruption from a business perspective will be to traditional Online Travel Agencies (OTAs), such as Expedia or Booking.com. OTAs currently charge in the region of 15%-20% for their services, eating away at the hotel profits. While large hotel chains may be able to afford a hit on their profit margin, smaller companies will struggle for apparent reasons. However, all hotel companies will benefit from the ease of data sharing, transparency and security, all of which blockchain provides. Naturally, there are several promising blockchain-based OTAs in operation. To a somewhat lesser extent, the same problem exists for searching and booking of flights (companies typically make 5% commission on air travel, compared to 20%-25% on hotel bookings). Expedia and Priceline, the very definition of middlemen, control about 95% of the OTA market in the United States1. Amadeus, Sabre and Travelport are massive Global Distribution Systems (GDS) that enable transactions between all service providers of the travel industry such as airlines, hotels, car rentals etc. using legacy technology. These three companies are responsible for a staggering 90% of the GDS market share2, demonstrating the overwhelming power that intermediaries currently have on the travel industry. The financial dominance of these middlemen is not the only concern for OTAs. In May 2017 the centralised systems behind Sabre were hacked, and the data connected to bookings from around 35,000 hotels were compromised3. Sensitive information for many thousands of people was in jeopardy; scarily this isn’t the only example of such a data breach. In the spring of 2020, EasyJet admitted to a similar style data breach affecting 9 million people precisely the type of insecurity distributed technology has the potential to eradicate4.

The Benefits of Blockchain

With all online booking services that require multiple parties to agree, disputes will inevitably arise. The Civil Aviation Authority (CAA) praised Alternative Dispute Resolution (ADR) for helping resolve more than Ten thousand passenger complaints in 2017, boosting passengers’ rights in the process. However, only 80% of flights are covered by ADR, leaving 20% of passengers without protection5. If we are to move to an online service that depends on blockchain technology, then we must have a mechanism to resolve any issues or disputes that may arise between customers and service providers. Smart contracts will be instrumental in the booking process, as customers will enter their details, and payments will be made, all of which will be recorded to a blockchain permanently and immutably. As yet, there are no widely adopted, patented mechanisms used to resolve any smart contract disputes. The Proof of Trust is the first company to act as a dispute resolution service, on or off a blockchain. Our panel of expert arbitrators (Delegates) will review all available evidence before passing judgement on the dispute. Each case will be resolved quickly and efficiently, without the need for expensive court proceedings. Approximately 10% of smart contracts are vulnerable and therefore, open to dispute. Without an effective mechanism to resolve these complaints, many customers will be left dissatisfied and unlikely to reuse the platform. The Proof of Trust is here to bring assurance and security to all blockchain transactions.