Distribution of Aid in a Crisis – part 1 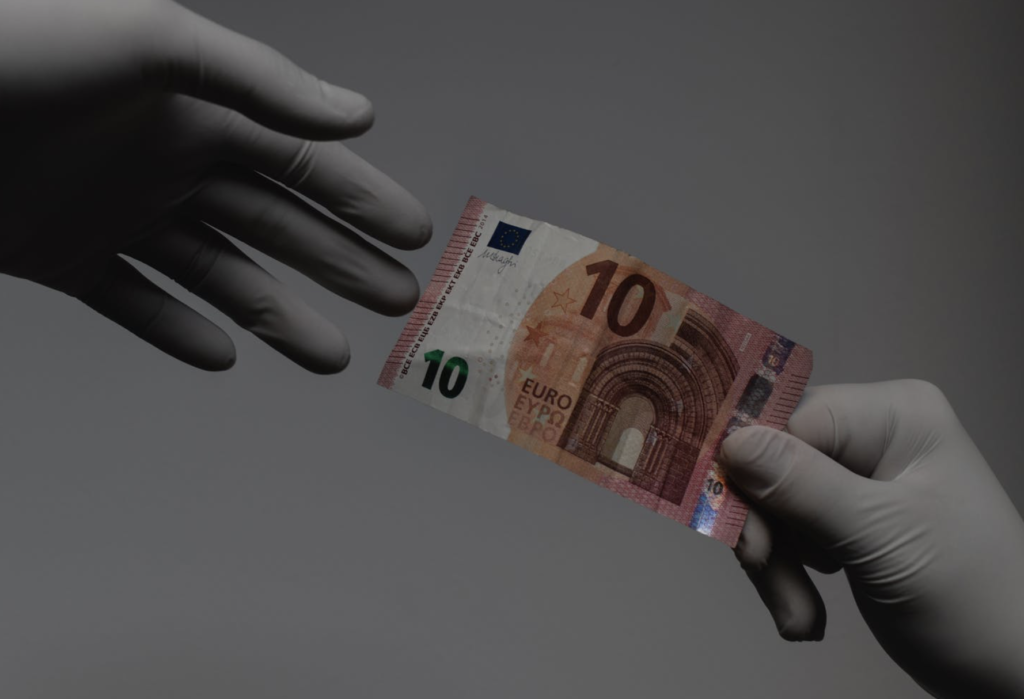 The poor suffer most

It’s a sad reality that disasters disproportionately affect those with the greatest level of need. As we are all so acutely aware, in times of crisis nobody is immune from the impact, but those with the least disposable income feel the pitch most — as highlighted by the current global situation. The inescapable topic of coronavirus is still in full swing across the world, while many countries are preparing to move out of full lockdown, it is clear that we are far from out of the woods. News stories from around the world, show that poorer people have an increased risk of contracting and even dying from coronavirus. In the UK, the death rates from the most deprived areas are more than twice that associated with the most affluent areas1 – a shocking statistic. The associated suffering for these families is immense, they are left grieving for a loved one, whilst simultaneously struggling financially. Charities work hard year on year to distribute aid and ensure those that require help and support actually receive it. Tragically, in a post pandemic world we expect to see growing numbers fall into the most deprived categories. As unemployment rises and the economy struggles it is inevitable that we will see more people seeking help. In such a time, aid distribution is going to be more important than ever.

The sense of community spirit has had a positive impact on many people, and we are seeing a great number of charitable donations. Perhaps the most notable fundraising venture has been down to Captain Tom, who managed to raise more than £30 million for the NHS by walking around is back garden up to his 100th birthday. Somewhat more controversially, a few well established charitable organisations have been called out for making a profit on donations. Virgin Money Giving came under fire recently for doing just that in their bid to raise money for the NHS. Virgin and part owner Richard Branson have had several run ins with the National Health Service after suing them for losing out on a contract in 2016, reportedly worth £82 million2. The multinational venture capital conglomerate has recently come under fire for charging an admin fee on any charitable donations. Until recently, every £10 donated resulted in a 45p charge that didn’t make it to charity, meaning that Virgin have taken more than £1 million since the donations started in March (the admin fee has now been waived since the backlash). Whatever your stance on this kind of behaviour, it is undeniably true that we could do with a more transparent system when it comes to charitable donations and the distribution of aid.

Where does the money go?

The good intentions and the millions of pounds raised for charity show that most people are altruistic by nature, but we don’t want everyone’s handwork and generosity to be unnecessarily undone. How many of us really know what happens to our donations after they’ve been made? In most cases they likely contribute to a good cause, but occasionally some or even all of that donation may never make it to its intended destination. A study shows that there is a huge variation between the amount of money a charity spends on aid as a percentage of net income. Anywhere between 27%–80% is spent on fulfilling the charitable services the charity exists to provide3. This is of course a wide range, but typically smaller organisations give a greater percentage to charity, while larger ones incur greater administrative costs. This doesn’t necessarily mean there is anything insidious going on, it just means large organisations cost money to run. Most charities rely on volunteers and fewer than 1% of charities have any staff members earning more than £60,000 a year3. Since the money isn’t really being spent on profit for the owners/directors yet such a large percentage doesn’t reach the intended target, it is clear that we need a more efficient system to reduce the amount of money that goes to ‘waste’.

Blockchain is one of the most widely discussed topics of the last few years, whilst many people are talking about it, more often than not its uses are misunderstood. A blockchain is a permanent, immutable record (chain) of transactions (blocks) that is stored in multiple locations at once. Every time a new transaction occurs, the blockchain is updated on every computer in the network. Transactions are often economic, but any type of information can be stored as blocks on the blockchain. The beautiful thing about blockchain from an aid distribution perspective is the transparency it offers. The more transparent a charity is, the more open and honest they appear encouraging further donations and demonstrating their integrity. Intermediaries, such as banks, aren’t generally required with blockchains, making them uniquely suitable for international transactions. Blockchain technology has the potential to simplify the way charities are managed, thanks to digitally encoded agreements, called smart contracts, many parts of the process become automatic, reducing the overall costs of administration and disseminating the funds.

Added Security with The Proof of Trust

One particularly complex part of the process is to decide exactly who gets funds, how much they get and when they get it. The process doesn’t (or perhaps shouldn’t) stop once the beneficiary receives the funding. There should be some moral obligation for a charity to ensure that the money is being used for its intended purpose and not in some other means, which would essentially amount to benefit fraud. Despite all the wonderful attributes of blockchain, without additional features, it doesn’t have the power to ensure fair use of funds. The Proof of Trust, with their patented protocol, can provided the extra necessary attributes to take blockchain from being a promising technology to an unmissable opportunity. By providing a means for smart contract dispute, charities can encode agreements between themselves and potential beneficiaries, secure in the knowledge that their money can be tracked and traced and could be amended if it is believed that the funds are being misappropriated. The Proof of Trust protocol dissipates risk amongst a panel of expert arbitrators (Delegates), who analyse all available data, then pass judgement on whether terms and conditions have been met. This protocol worked exceptionally well on a blockchain but, is not limited to this technology platform.

Not since WWII has the west seen a more widespread crisis. Not a single person has been left unaffected by the global coronavirus pandemic, but it is the poor that suffer most. As we all club together to ensure our health service can manage, our key workers are safe and that nobody goes without, we should acknowledge that technology can be our saviour in many ways. Our hospitals, economy and social lives revolve around technology so let’s make sure it is working for us. Blockchain and smart contracts are two of many new inceptions that can save us time, money and make our lives easier. With the added assurance of The Proof of Trust blockchain could stand to facilitate aid distribution, reduce admin costs and result in those most at need receiving a greater proportion of the funds.