Find out more about the Proof of Trust team 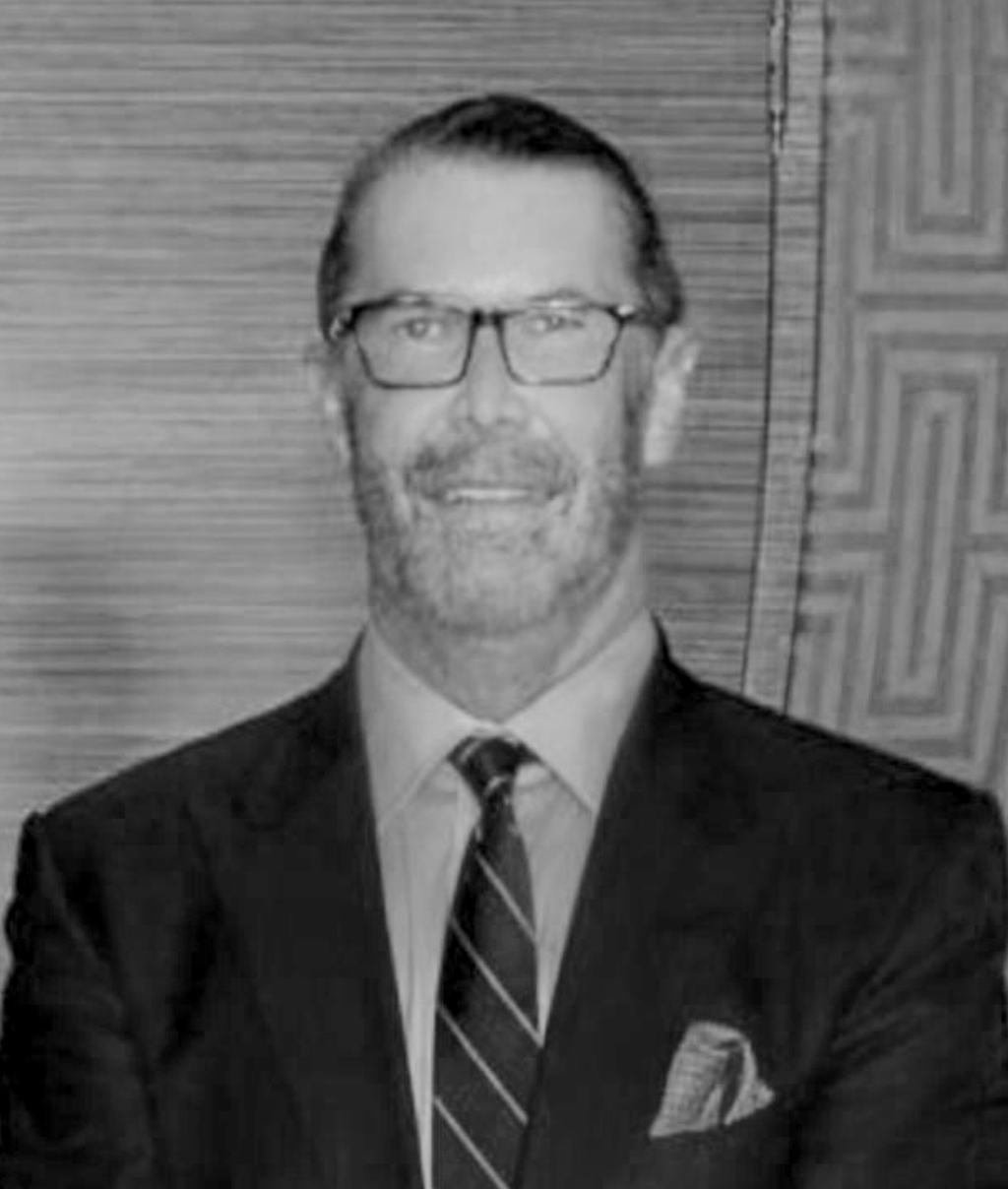 Damien O’Brien is co-founder and Executive Chairman of The Proof of Trust. He is a leading Irish entrepreneur combining extensive commercial experience with a track record of building and growing successful technology businesses. Damien has a depth of experience in developing commercial relationships and raising significant growth capital. He now jointly owns more than 80 patents in the global technology, biomed and blockchain industries, including The Proof of Trust’s own ground breaking, patented protocol. 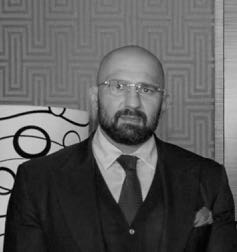 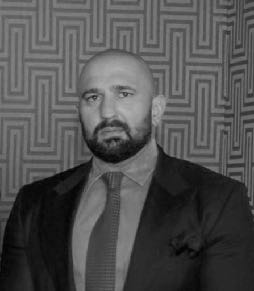 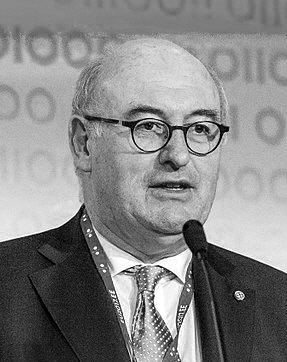 Phil Hogan, former EU commissioner for trade, brings with him a wealth of experience in international trade and relations following a highly successful political career. During his time as European Commissioner for Trade he was entrusted by President of the EU, Ursula von der Leyen, with the sensitive job of resolving the trade war between the EU and USA with President Donald Trump.

He was also responsible for negotiating a critical investment deal with China and securing landmark trade deals with Japan and the South American Mercosur bloc. Hogan has also held several senior positions in the Irish Government including Minister of State at the Department of Finance.
Hogan will provide strategic advice to Dublin-based The Proof of Trust & Assurance as it continues to roll out its ground-breaking, patented technology. 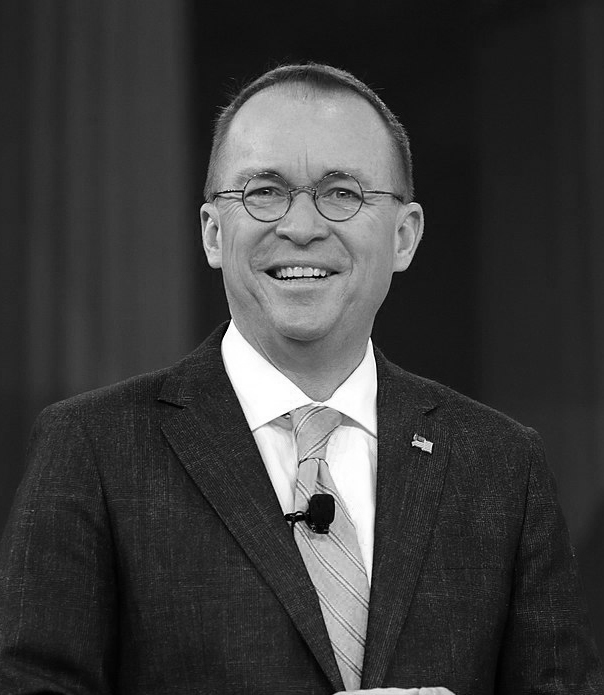 Few lawmakers – current or former --- in Washington, DC are as familiar with the current developments in crypto, blockchain and fintech as is Mr. Mulvaney.

Introduced to the then nascent Bitcoin in early 2015, Mr. Mulvaney recognized the potential for the new product, and the distributed ledger/blockchain technology that underpinned it. Along with Congressman David Schweikert of Arizona, he founded the Congressional Blockchain Caucus, which is still the leading advocate for the technology in the United Sates Congress today. As a member of the House Financial Services Committee, he was directly involved in the early days of government review and regulation of crypto and blockchain, and its impact on the growing fintech industry.

After joining the Trump Administration, Mr. Mulvaney served in several roles, including Chief of Staff and the Director of the Office of Management and Budget.  However, he also served for a year as the acting director of the Consumer Financial Protection Bureau, one of the several regulators of the financial services industry in the US.  There he established the Office of Innovation, with the specific purpose of evaluating, monitoring, and (ultimately) regulating fintech as it regards its connection with individual consumers.

Upon resigning from the Administration following the January 6 riots. Mr. Mulvaney joined the Board of Advisors of the Chamber of Digital Commerce, the leading trade association for crypto and blockchain in Washington, DC.

He currently sits on the Board of Astra, a Swiss technology company whose Astra Protocol is the leading technology in bringing decentralized KYC, KYB ad AML compliance to the Web3 economy.

He is a regular commentator on US politics and policy, including crypto, blockchain and fintech, on media around the English-speaking world, including CBS, Bloomberg and CNN in the USA, BBC, LBC and RTE in Europe, and SkyNews in Australia. 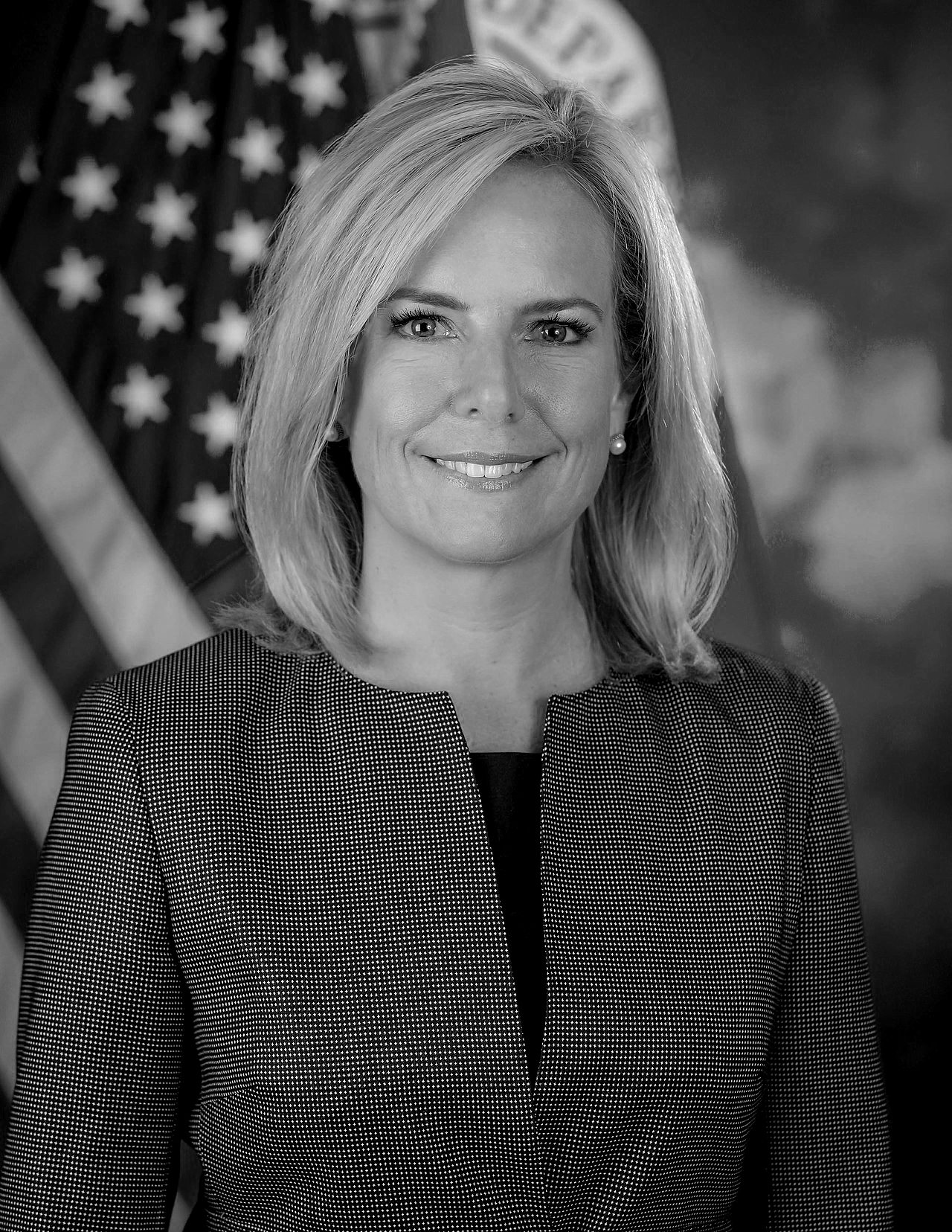 Kirstjen Michele Nielsen was sworn in as the sixth Secretary of Homeland Security and held the position for two years. In that role, she was responsible for all operational, policy, and legal matters, including counterterrorism, cybersecurity, border security, and biological and nuclear threats to the homeland. She previously served as White House Deputy Chief of Staff to the then-Secretary of Homeland Security.

Nielsen has also served as the Chair of the World Economic Forum’s Global Agenda Council on Risk and Resilience, Chair of the Homeland Security Advisory Council for Strategic and Global Security Programs at Penn State, Senior Fellow at the George Washington University’s Center for Cyber and Homeland Security, and a Safety and Security Advisory Board Member for the Center for Naval Analysis. She is a Member of the State Bar of Texas. She holds a B.S. in Foreign Service from Georgetown University and a J.D. from the University of Virginia’s School of Law.

On blockchain and crypto, Nielsen had this to say, “I’m fascinated and very excited by the DeFi evolution,” Nielsen said in an interview. “What we have been missing in DeFi is a layer of trust. Astra’s decentralized legal layer will assure regulatory compliance and enable efficient and fair dispute resolution.” 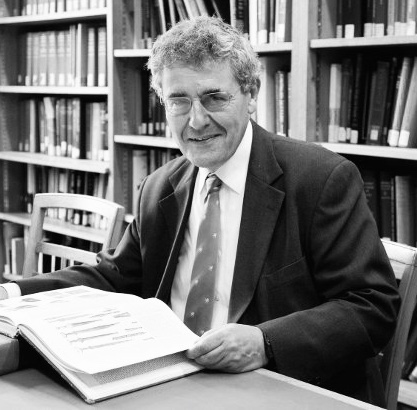 Sir Robin Jacob is a former senior patent judge in the United Kingdom and is one of the rare IP judicial experts in Europe. His judgments have been highly influential and among his major achievements in the English courts has been to streamline procedures in patent cases, which has resulted in a considerable procedure acceleration and cost-reduction. As a result, Sir Robin has helped maintain the UK based courts as the preeminent in Europe, and arguably the world, for settling patent and other IP- related matters. 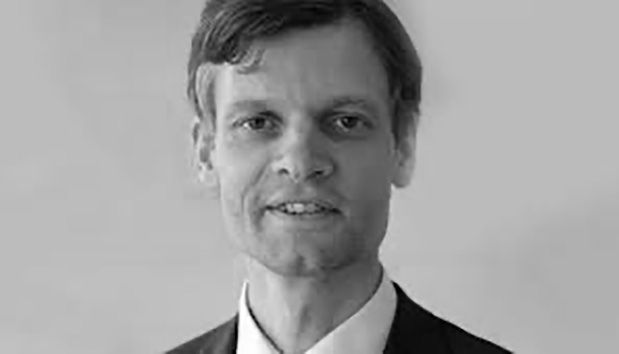 Johan van den Arend Schmidt joins The Proof of Trust from IBM, where he created and led the European Blockchain Innovation Unit. He has extensive international technology and digital transformation experience, including as CEO of CapGemini Consulting, as Partner at PwC, and his 11 years at The Boston Consulting Group. He was also an executive committee member of a FTSE 100 company.

Johan has extensive experience in building, managing, and growing technology businesses that will be integral to The Proof of Trust as it commercialises its ground-breaking, patented protocol, which is designed to change the way business is conducted and provide relief to dispute resolution centres around the world. 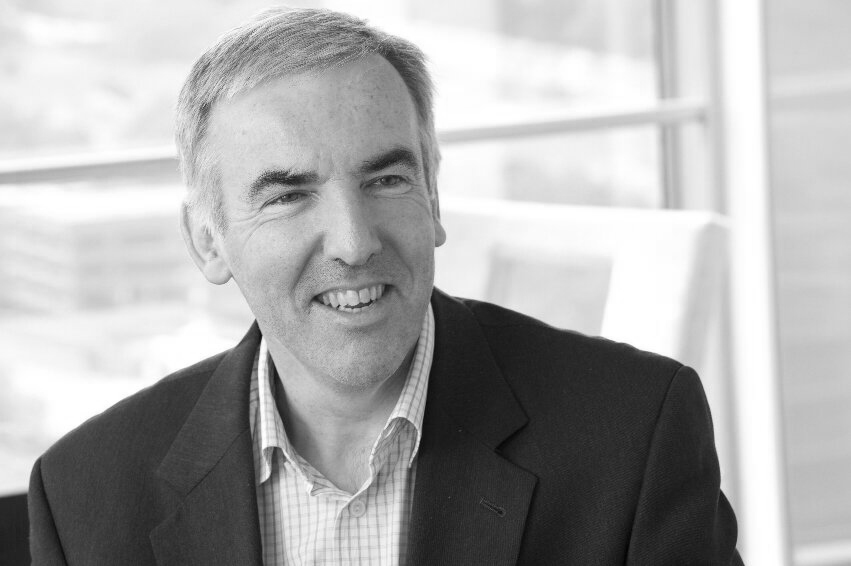 Richard was Partner for EU Advisory Services at Deloitte in Brussels from 1992-2019, and was the global Lead Client Service Partner for the European Institutions.

An Irish national, Richard has worked continuously in the EU affairs arena since 1984. His  personal practice experience covers all areas of EU policy, internal EU organisational and digital change, and interaction between corporate clients and the EU institutions on legislative, regulatory and financial matters.

From 2016 to 2019 he was Deloitte’s global coordinator for Brexit services and he continues to be a Senior Advisor to Deloitte on Brexit.

Richard is a Senior Fellow of the German Marshall Fund and a consultant to the European Policy Centre. 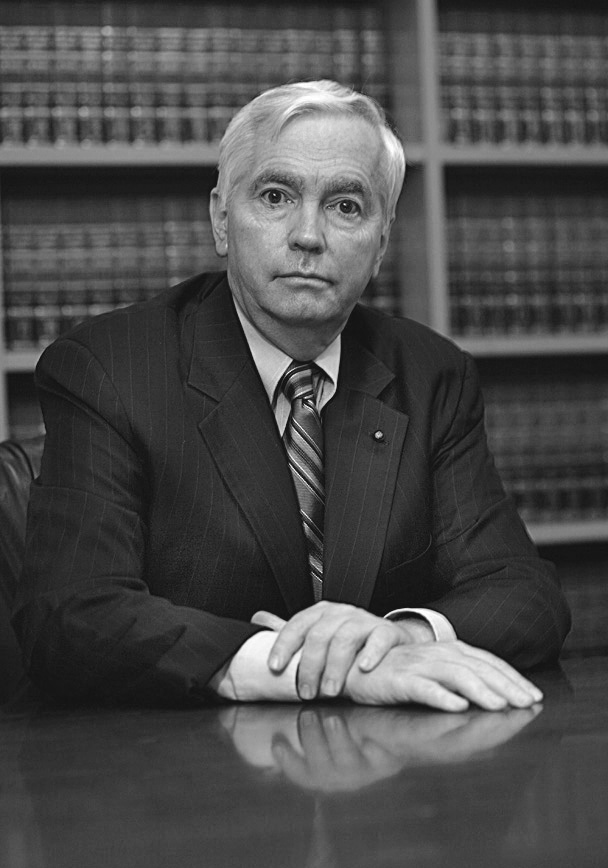 Brian is an experienced lawyer and political campaigner. A practicing attorney, he oversees billions of dollars of retirement funds for his clients. Brian is a Senior Partner at O’Dwyer and Bernstein LLP where he focuses on human and worker’s rights as well as commercial litigation. He is an active advocate for immigrants’ and laborers’ rights in the USA, receiving a papal knighthood and recognition by the New York City Council and the government of Puerto Rico.

Brian has chaired the Irish Americans for Clinton-Gore and currently co-chairs for Biden-Harris. He was also a founding member of the National Democratic Ethnic Coordinating Committee and Irish American Democrats. 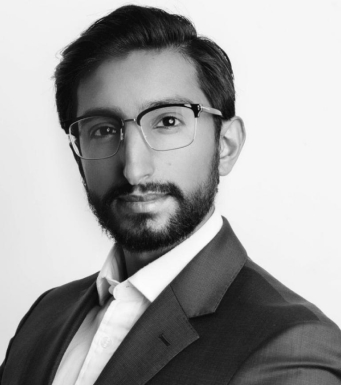 Sakhib Waseem is an executive-level technology expert in the finance sector. Sakhib has consulted a number of top-tier financial institutions including Bank of America, MBNA and the National Australia Group, designing and implementing multiple transformative technology-driven solutions from inception. Sakhib has played a leading role in the design and build of specialist technology and reporting analysis to financial regulatory bodies, as well as designing operational technology platforms driving multi-million dollar savings through efficiency.

Sakhib joins The Proof of Trust as Chief Innovation Officer and is leading on the technology build out of the company. 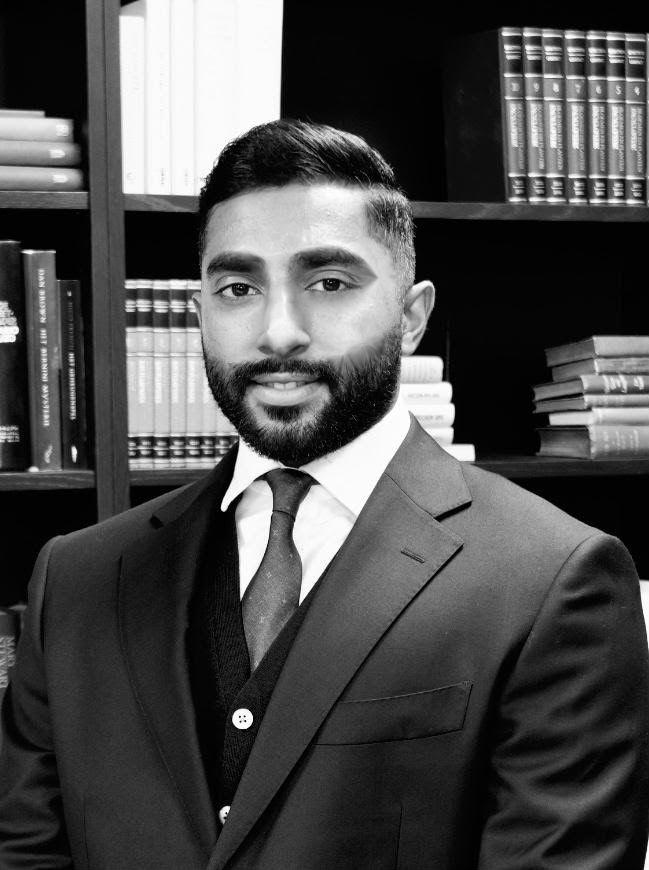 Adam is an experienced business consultant, specializing in; operational management and compliance in both the Financial and technology sector.
As Chief Compliance Officer Adam is responsible for managing risk and compliance within the organization, ensuring alignment across multiple jurisdictions ensuring business alignment in accordance with regulatory policies. Prior to The Proof of Trust, Adam provided business consultation within the financial sector to such corporations as MBNA, LBG & CYBG, providing operational delivery under strict regulatory conditions managing multiple sites across the UK.
Throughout his career, he has accomplished multi-million dollar cost savings by way of operational efficiencies and process engineering. 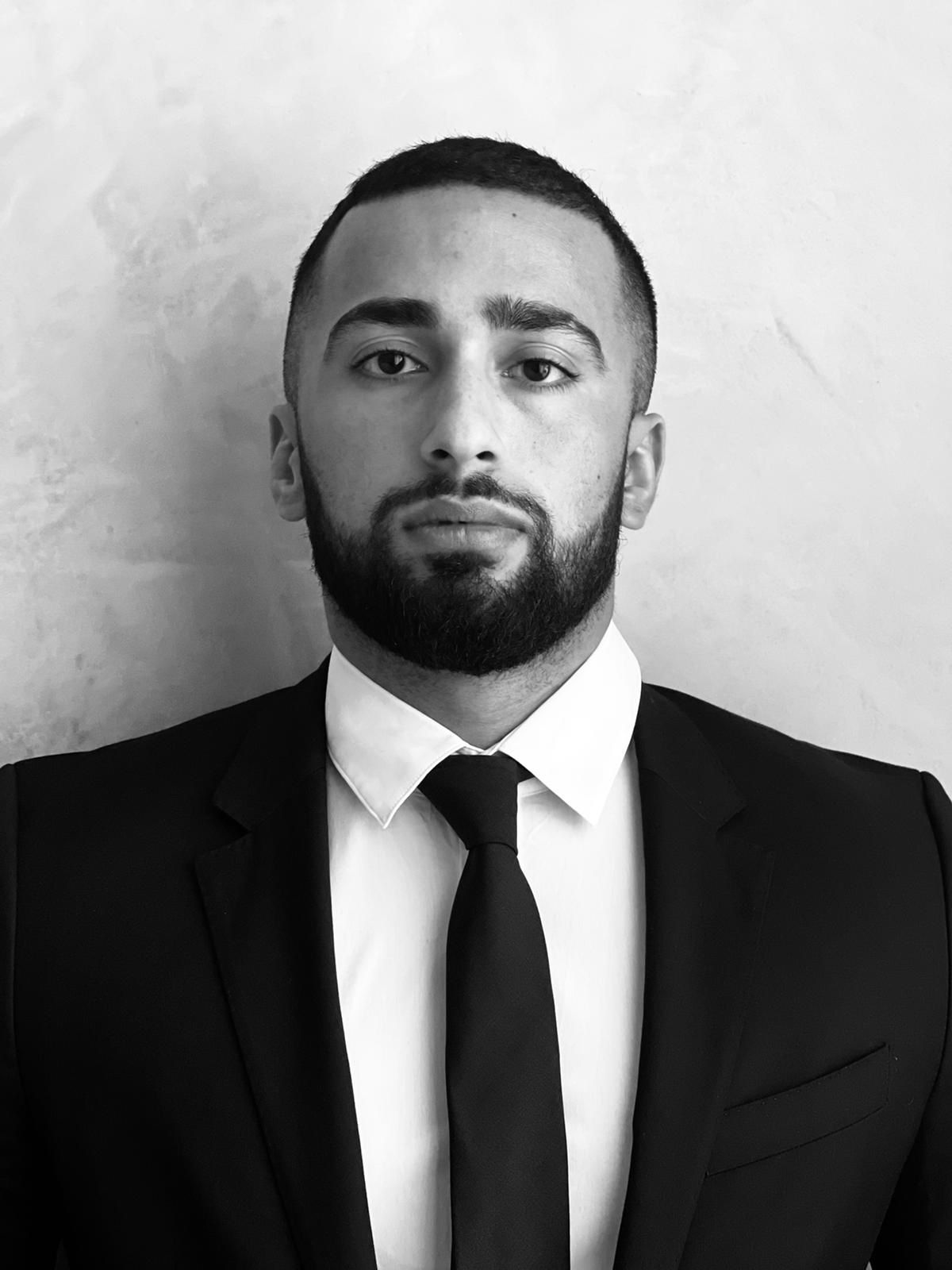 Aaron is an experienced operations consultant; specialising in operational management in the blockchain sector. As Head of Operations, he is responsible for managing and implementing systems and processes to optimise business productivity. Aaron has managed major blockchain projects since 2019, providing necessary operational frameworks. Aaron holds a BA in Business and Management from the University of Durham. 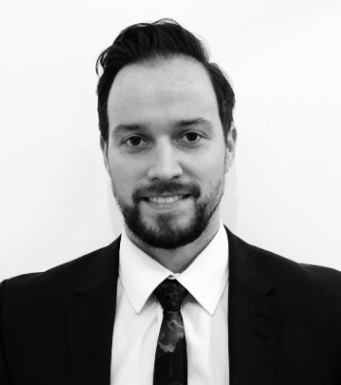 Sam is an accomplished nuclear physics PhD and mathematics graduate, with multiple publications on the topics of nuclear structure and technical development. During Sam’s career in nuclear physics, he made the very first measurements in history of unexpected relative production yields of nuclear isomeric states, within the ytterbium isotope chain. 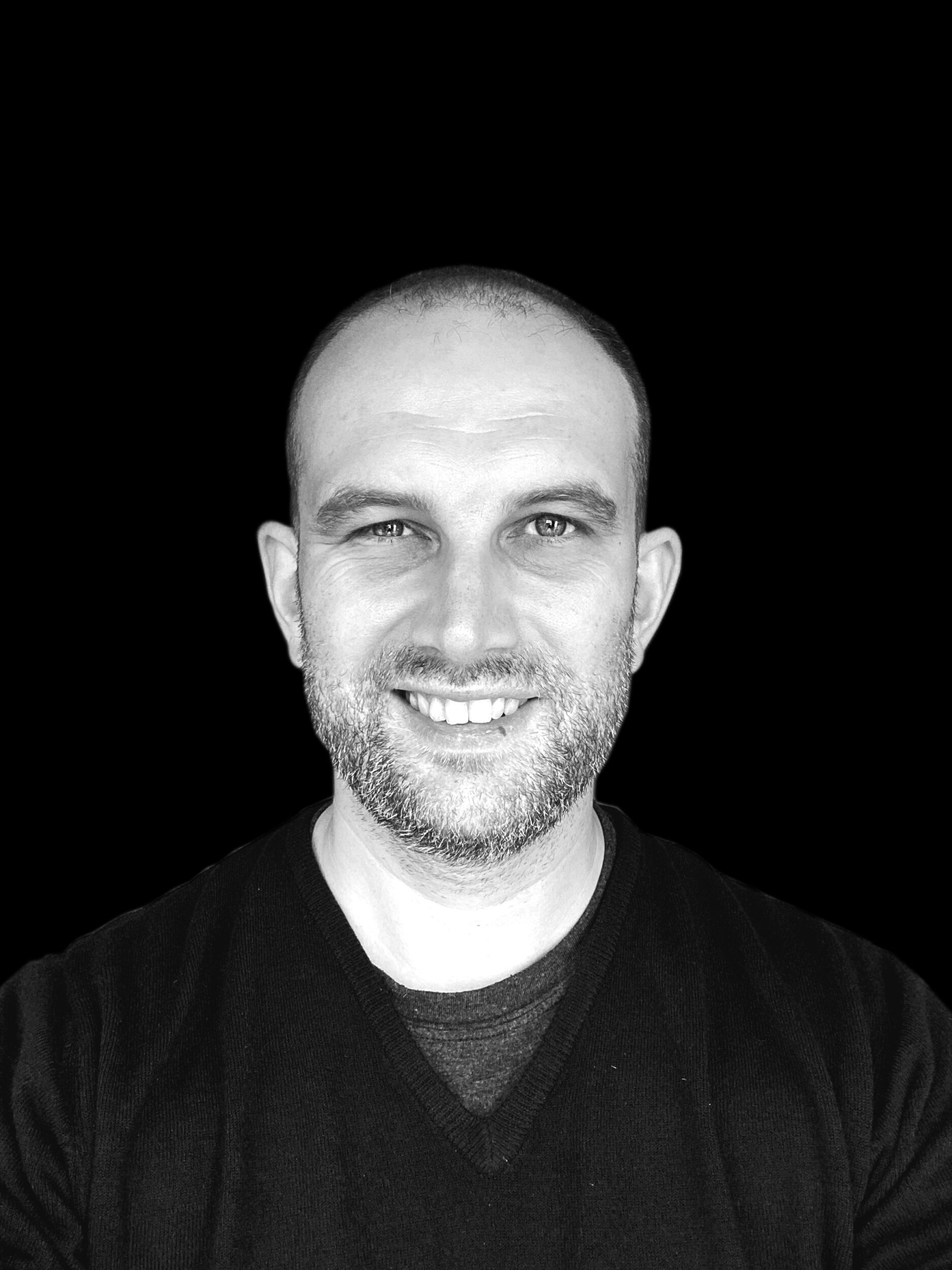 Thad knows first-hand what it’s like to run internationally renowned businesses that received recognition in Vogue, Channel 4, The Michelin Guide and Lonely Planet.

Coupled with his business experience, Thad is one of the most sought-after branding experts in the UK having worked at Leo Burnett and Saatchi & Saatchi on global brands like Kellogg's, McDonald’s, Nintendo and international superstars like Conor McGregor and JJ Watt. 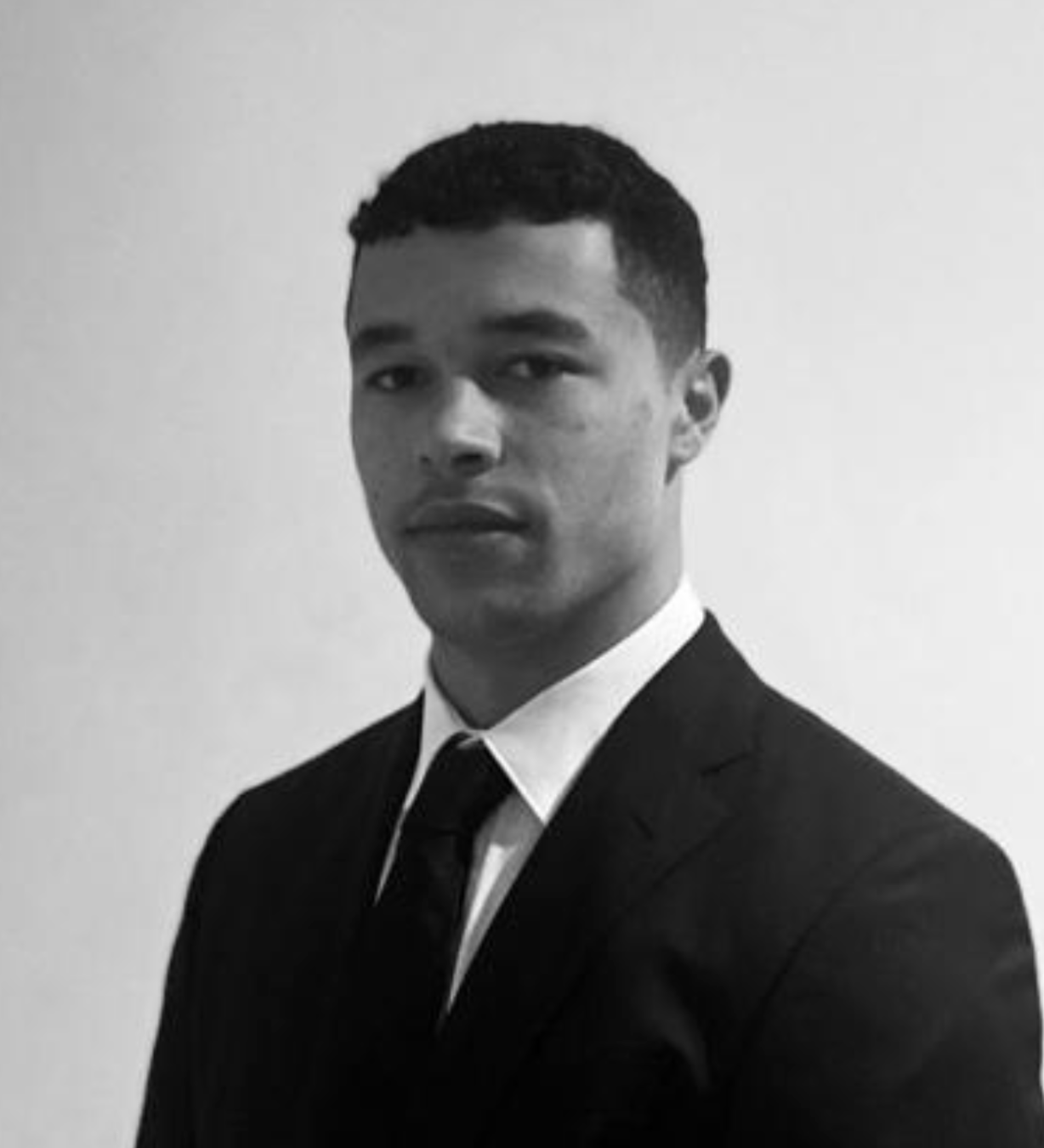 Ellis graduated from the University of Bristol, studying Economics followed by a Masters in Law. With studying blockchain technology at the University of Oxford Saïd Business School, Ellis has supported the design and build of the technology, alongside supporting the development of use cases and products for the Proof of Trust. 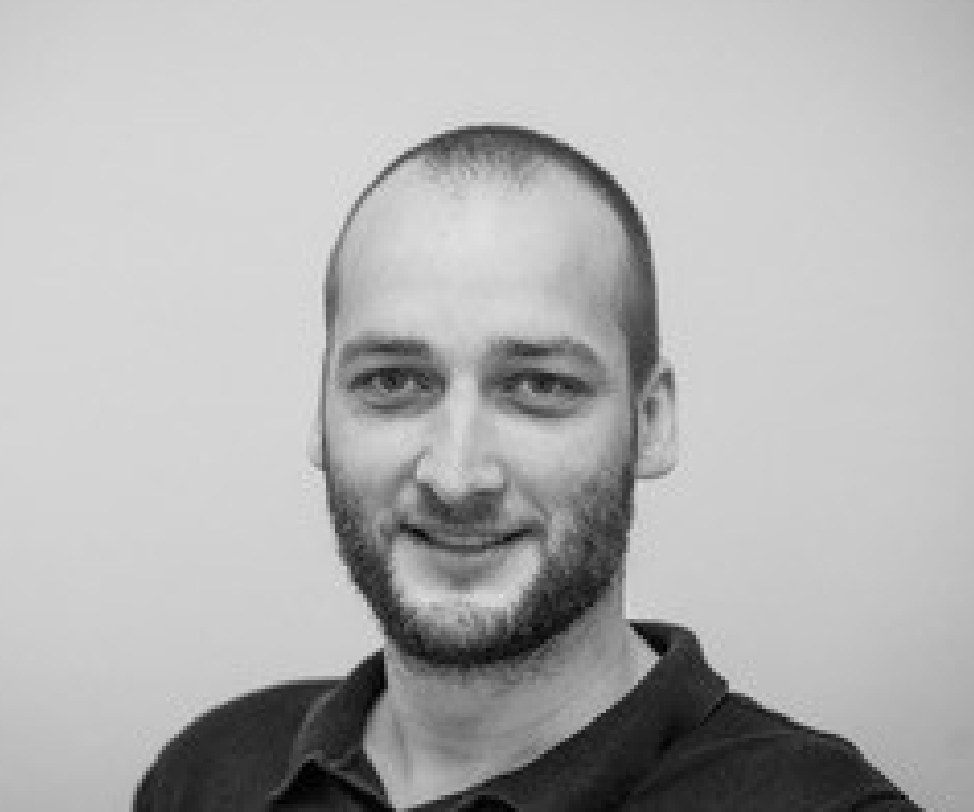 Ewold graduated from Hanze University of Applied Sciences in Groningen with a bachelor's degree in IT. He started his career at IBM with a focus on blockchain projects. In 2020 Ewold started working for the RDW (The Dutch variant of the Department of Motor Vehicles) as a full stack developer.

Ewold worked several projects in multiple sectors; finance; logistics; education; energy, public etc. throughout his career. He has been leading diverse teams and is expert in stakeholder communication. His overall focus remains on delivering end-user needs and technologically sound products. 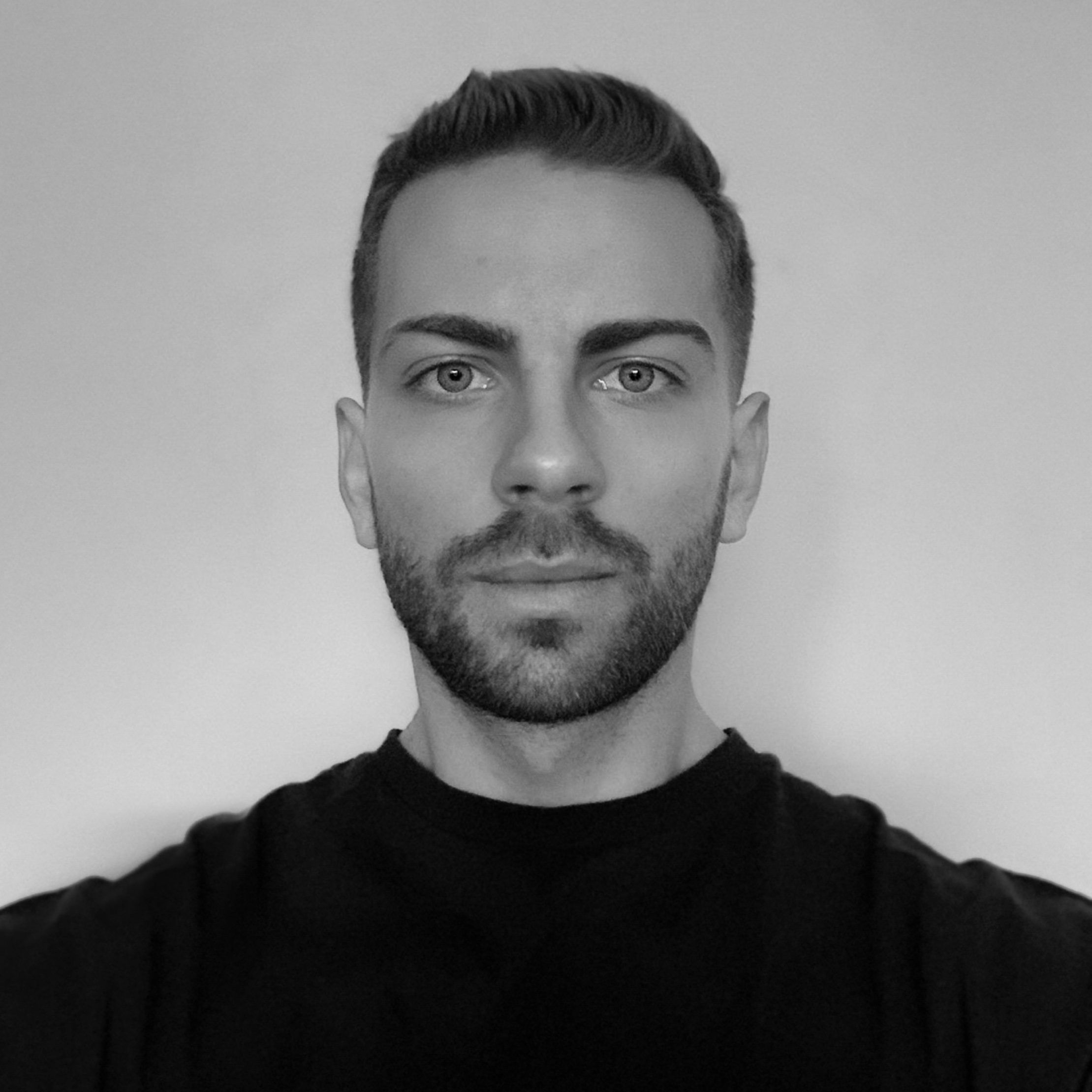 Pavol is a skilled and passionate full-stack software developer, who first started programming in elementary school. After getting his master’s degree in computer science, he moved to the Netherlands. Where he worked for an IBM Client Innovation Center developing blockchain web applications for several years. He is accustomed to a distributed environment and working with remote clients using agile methodologies while emphasizing clean, well-structured and well-tested code. 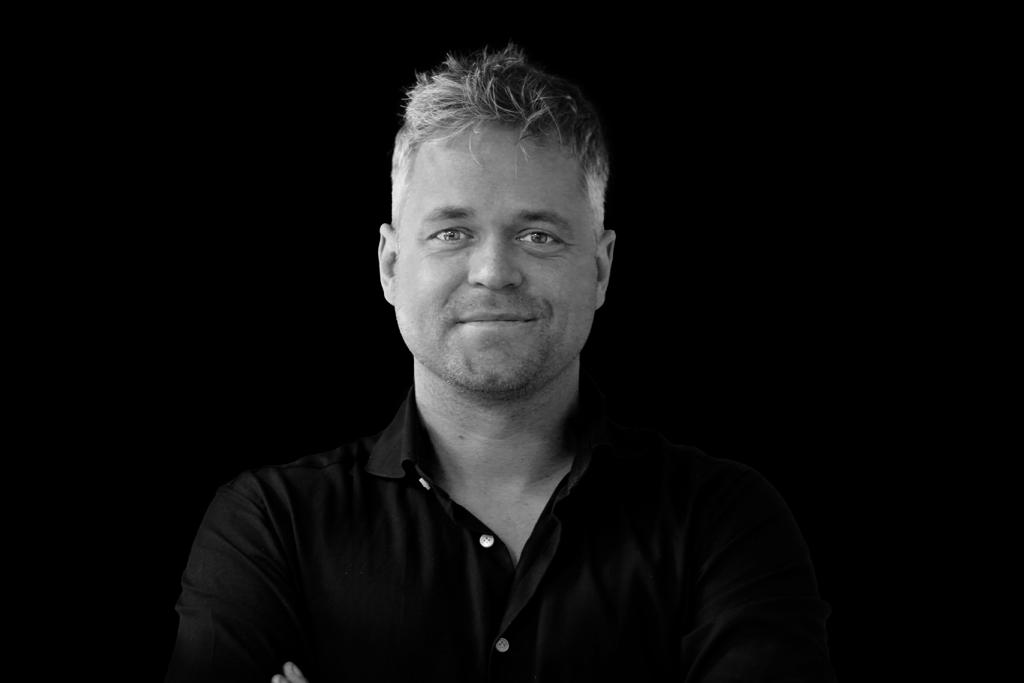 Rene is a self-taught UX designer with a background in commerce. He started his career in design at IBM and has worked in several industries including; finance, energy, retail, telecom & transport. His focus is on delivering versatile, creative and most of all human-centered solutions.